for not compensating a man whose bike was stolen from the parking area and warned of coercive action for non compliance of its order.

The directive of the court, which gave them a “last opportunity” to compensate the man, came after it noted that both DMRC and police have not complied with its May 7 order directing them to pay a compensation of Rs 20,000 each to one Vivek Srivastava for theft of his bike from the Kalkaji Mandir Metro station parking in October 2010. 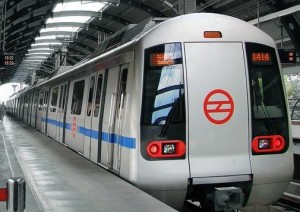 “Taking note of the fact that more than one month has elapsed since the order of compensation dated May 7, 2015, one last opportunity is granted to both Delhi Police and DMRC to strictly comply with the said order, failing which this court shall be constrained to take coercive measures including issuance of warrants of attachment against both authorities,” Metropolitan Magistrate Arvind Bansal said.

Delhi metro rail corporation has proven its worth and value in Delhi and NCR. It is become successful to avoid traffic on Delhi roads. After successful completion of metro project in Ghaziabad, DMRC decided to extend metro in Ghaziabad. Delhi metro rail corporation had approved its dilshad garden project to new bus stand. There is no issuance from the Delhi government. After solved out all the procedure board of directors decided to declare this announcement. Former prime minister of Delhi MR. arvind kejriwal gives no objection certificate to DMRC.

DMRC is doing fast and good work in Delhi and NCR; peoples are much in concern with metro. Metro makes peoples life more easy and comfortable. Metro rail become now important part of the life for human beings in Delhi. It is not imaginable to think life without metro in this time. Due to popularity of metro in Delhi, peoples of ghaziabaad requesting to extend metro in their place. It is very convenient to travel by metro because their in no traffic problems and also safe for our life. Metro rail is also providing luxury travelling for their passengers.

Vice chairman of Ghaziabad development authority MR. santosh kumar said that DMRC board approved extension of Ghaziabad metro to 99.71 km and its estimated cost approximate 1.770 crore.  Ghaziabad development authority share 50% of the total cost of metro project extension in Ghaziabad. Remaining amount will bear by the other agencies like, nagar nigam, avas vikas and UPSIDC. All this agencies work for development, so they were happy to pay the cost. There would be seven station elevated shaheed nagar, raj bagh, rajender nagar, Shyam Park, mohan nagar, arthala and new bus stand.

MR. santosh kumar yadav vice chairman of DMRC said he will met Mr. arvind kejriwal formal chief minister of Delhi appraised him about extension of metro in Ghaziabad. We also discussed pending projects of Delhi jal board for approval. Chief Minister was very polite and positive nature assured us of to clearing the pending projects as soon as possible. The project will start in short time period and people of Ghaziabad will happy to hear this announcement.

Waiting time is over and now it’s time to travel in rapid metro. India’s first private metro rail project is complete now build by IL&FS , mass transit system was formally inaugurated by the chief minister of Haryana Mr. Bhupender Singh Hooda On 5th January 2014. It is amazingly an awesome New Year gift for peoples those are waiting of this metro rail project accomplish. Chief Minister is also taking a ride of this rapid metro which touches five stations. The CEO of IL&FS really give a gift to local people those are travelling o Gurgaon for their official or private purpose.

The total cost of this project is estimated 1088 crores and it is first metro project in India which fully private. This metro route covers five stations from Sikanderpur. This transit system leaves a positive effect on local peoples. It is also time saver and fast way of journey. CM also said that extension of Delhi metro line to Manesar is also completed. It is really a great achievement to accomplish project in time period. In this inauguration ceremony many of reputed peoples state sports minister, congress MLA and top district officials present.

DMRC official said that they are also thinking about the sector 21 to IFFCO Chowk project after the few problems solved out in airport lines. But now in Sikandrabad metro project there is no problem accrued after trail of metro. Now it’s open for peoples to save their time and also enjoy travel in rapid metro. Transit system such an impressive and technology based system which is first time used in India. This is mainly Germany based technology, now used in metro. It is an impressive and highly technology based idea which saves time and makes metro updated as per the past.

DMRC now ordered to investigating the matter in which a news channel claims that Delhi metro private sanitary staff is asking for money from couples to provide them few hours in metro station’s toilet room.

Delhi metro’s chief investigation officer release order to investigation about wrong doings happening in metro station by the private sanitary staff. A big news channel admits that Delhi metro private sanitary staff members are asking for money from couples to provide them space in toilet room for an hour. They are charging 300 to 500rs from each couple. It is very bad stigma on metro history. It is well known that sanitary and toilet services are operated by private contractors so there are high chances to any miss happenings.

News channel claims that they do a string operation against metro sanitary staff to prove that they are asking for money to provide toilets to couples seeking privacy. In this string operation reporter play a role like a customer and asking for room in toilets to spend some time with his female friend. Sanitary staff member asking 500 RS from them and provide them space on toilet rooms. This is going on from a long time period but there is no evidence against them. In this time this string operation’s CD is a solid evidence against them.

News channel handover the CD to DMRC’s chief investigation officer. After watching this CD investigation officer has order for an investigation and promise to take a strict action against culprits. After this revelation there is a big question arises that this type of miss happenings are right for our society. Washroom’s are cleaned and operated by private contractors, so it is responsibility of DMRC to release contract to a honest and efficient contractor. This type of wrong doing never be tolerable in our society, it is against our civilization and culture. DMRC’s officers are committed to get punished the accused and take strict action against them those are involving in this case.

A top one news channel claims that Delhi metro private sanitary staff is charging money from couples to provide them time in washroom. This news channel attempt a string operation against this mischief of private sanitary staff. After this news DMRC collect a CD and ordered for investigation and promise to get punished culprits. This sting video shows that sanitary staff member asking for money from news reporter who playing role of customer. It is really a bad news for DMRC that this type of miss happening going on Delhi metro. DMRC security chief is now investigating the matter. It is sure that accused should be punished.

C of this report has been handover to DMRC’s chief security commissioner for investigation by the news channel. If this proved that this sting operation is true and evidences are true so strict action will taken against guilty. The washrooms of Delhi metro is maintained by private sanitary operators, so there is high chance for wrongdoings. DMRC chief commit to get punish culprits those are involving in this wrong things. News channel reporter done sting operation to prove that sanitary staff asking money from couples those are seeing to spend time in washroom. 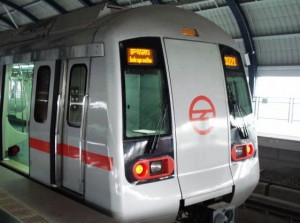 Delhi Metro Rail Corporation (DMRC), a Joint Venture company with equity participation from Govt. of India and Govt. of National Capital Territory of Delhi has been entrusted with the responsibility of implementation of the rail based Mass Rapid transit System for Delhi. This is most awaited project in Delhi. which one consist of safety, reliability, time punctuality of train operation in Delhi Metro technology is taken for foreign countries like automatic fare collection gate, automatic door close, announcement in train etc. It reduces the issue like road accident and traffic jams, pollution in road. It gives people surety that they will reach their destination on time. Metro compartment are well shaped that maximum passenger can travel journey and all coaches are air conditioner. It makes the Delhi NCR people life easier.

It has a combination of elevated, at-grade and underground lines and uses both broad gauge and standard gauge rolling stock. Metro project started keeping in mind common wealth games 2010 in New Delhi after that it expansion plan still working. It’s target to connect whole Delhi NCR area till 2021. In whole project they fulfill all the standard that should meet to criteria of world class service of metro rail. Now it becomes people’s life line of daily life. According a survey 90% peoples are satisfied with metro services.

The power output is supplied by 25-kilovolt, 50 Hertz alternating current through overhead centenary. The metro has an average daily ridership of 1.5 million commuters and, as of August 2010, had carried over 1.25 billion commuters since its inception.

The Delhi Metro has won awards for environmentally friendly practices from organizations including the United Nations and the international Organization for Standardization, becoming the second metro in the world, after the New York City Subway, to be ISO 14001 certified for environmentally friendly construction Most of the Metro stations on the Blue Line conduct rainwater harvesting as an environmental protection measures. It is also the first railway project in the world to earn carbon credits after being registered with the United Nations under the Clean Development Mechanism and has so far earned 400,000 carbon credits by saving energy through the use of regenerative braking systems on its trains.